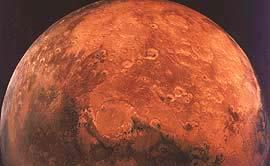 A lot of people write to me about what Manglik dosha is and how important it is for ascertaining horoscope compatibility and in wrecking relationships. I will explain a few things about Mars dosha. Before I start, I would like to emphasize that horoscope compatibility analysis is a job of a well trained and qualified professional astrologer. No software can capture the essence of this process. It is like A.I.; We can make incredibly smart machines, but none of them can match humans in terms of intelligence.

Mars is a planet that represents war. War is denoted by an adversary. Mars also represents fire.  It causes a dosha in a kundali because it tends to “burn” the relationship between a husband and wife; causing rift, tensions and in some cases can be used to predict death of one spouse. Mars is a planet of valour and vigour and if associated with the lagna works towards making the person brave and headstrong. These qualities work against a relationship because then people become uncompromising as well. Marriage is about teamwork between husband and wife and would not work if one of the partners is aggressive, uncompromising and cannot take the point of view of the other partner.

In any case, a lot of importance should not be given to Mars alone. Sun, Rahu/Ketu and Saturn should also be judged while matching charts. In her book “The Art of Matching Charts”, Gayatri Devi Vasudev does not even have a chapter on Mars Dosha. She just has a chapter called “Balancing the malefic content”. There you have it…

Coming back to the point, presense of Mars in houses 2, 4, 7, 8, and 12 causes Manglik dosha. This dosha operates from both Lagna and Chandra lagna. If the dosha is operating from both these lagnas in a kundali, then it gives its full results. The strength of the dosha increases if it operates in navmsha chart as well, but we should always look at the presence of dosha in rashi chart first and only then look at navamsha for support.

Lets look at the effect of Mars in various houses/bhavas in a kundali:

However, like all other rules, this rule has its own set of exceptions too. The following exceptions have been taken care of in my software:

In Vedic astrology, the effect of Mars causing Manglik dosha is considerably reduced if following happens:

Whenever looking at your kundali for manglik dosha and trying to do an equivalent of self medication, please be aware of these points. As always, please leave the job of interpretation to a professional astrologer.